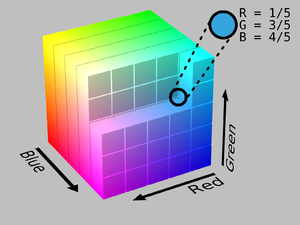 Many people wonder what the differences are between adjusting lightness, contrast and saturation in the RGB color space, or lightness, contrast and chromaticity in the Lab color space. RGB operates on three channels: red, green and blue. Lab is a conversion of the same information to a lightness component L*, and two color components - a* and b*. Lightness is kept separate from color, so that you can adjust one without affecting the other. "Lightness" is designed to approximate human vision, which is very sensitive to green but less to blue. If you brighten in Lab space, the result will often look more correct to the eye, color-wise. In general we can say that when using positive values for the saturation slider in Lab space, the colors come out more 'fresh', while using the same amount of saturation in RGB makes colors look 'warmer'.

The difference between the Lightness slider in the Exposure section (in RGB space) and the Lightness slider in the Lab section is subtle. A RGB Lightness setting of +30 produces an image that is overall a bit brighter than when using a Lab Lightness setting of +30. The colors in Lab Lightness are somewhat more saturated. The contrary is true for the Contrast sliders; when using a RGB Contrast of +45 the colors will be clearly warmer than when using a Lab Contrast of +45. The contrast itself is about the same with the two settings. Do not hesitate to use both sliders to adjust saturation and/or contrast. As for the Saturation/Chromaticity sliders, setting the RGB Saturation slider to -100 renders a black and white image which appears to have a red filter applied, while the Lab Chromaticity slider renders a more neutral black and white image. Positive RGB Saturation values will lead to hue shifts (the larger the value, the more visible the shift), while positive Lab Chromaticity values will boost colors while keeping their hues correct, rendering a crisp and clean result. Lab chromaticity (via the "Chromaticity" slider or "CC" curve) is the recommended method for boosting colors.