How to create DCP color profiles

How to Create DCP Color Profiles

1 What Are DCP Profiles and Why Do I Need Them?

Technically, each photosite in a digital photography camera's image sensor outputs a certain current based on the number of photons of light that hit that photosite. The current is converted into a number. These numbers, along with some metadata, are stored in what is known as a "raw file". At this point there is no concept of color and the raw data looks nothing like an image. As in traditional photography, the image must be "developed" into a usable form. One of the steps of this development involves translating the numbers into accurate colors, and for that you need to profile the camera, to map the numbers to specific known colors.

Practically, you must use an input color profile in order to get accurate colors, and currently the best way to go about this is using a "DNG camera profile" (DCP for short - do not confuse with the entirely unrelated Digital Cinema Package). The input color profile is what makes a camera's colors look they way they do when you open a photo, before you make any tweaks.

You can create your own DCP profiles tailored to specific lighting situations for ultimate color accuracy. Let's say you are shooting a wedding, or panoramas for a virtual tour. You need accurate and consistent colors. The color spectrum of the light outside the building is completely different to that inside, and even indoors the light will differ between the rooms as general consumer light bulbs produce light of different temperatures and spectrums, and there are usually several different types of light bulbs illuminating a single room. If you come prepared with a color calibration chart, such as the X-Rite ColorChecker Passport, all you need to do is to take a photo of this chart in the same location(s) as your normal photos, one shot per lighting situation (which usually translates to one shot per room and outdoors), then generate DCP profiles from these shots and use them in RawTherapee to achieve correct and consistent colors and white balance between all your shots.

The best target for most shooting situations is one which is non-glossy, has good reference measurements, and is portable and rugged. For that reason we recommend the X-Rite ColorChecker Passport Photo.

Don't be mislead into thinking that the more patches a target has, the better - that is not the case, and having more patches makes tweaking and producing a high quality DCP more difficult.

For more information, refer to the "Choosing test target" chapter of the DCamProf documentation: https://torger.se/anders/dcamprof.html#test_target

An example of a perfectly executed target shot. The whole ColorChecker Passport is visible, it is centered and takes about 1/3rd of the frame to avoid vignetting issues, it is perpendicular to the camera, there is no glare from the target as the target and the camera are positioned at a sufficient angle relative to the sun, there is no glare from the background, it was taken on an empty road far away from any reflective surfaces, and it is well exposed with the white patch being close to the right edge of the histogram without clipping (measured in RawTherapee using the neutral profile after picking the white balance off a gray patch).

Shoot the color target with the sun relative to you in such a way that there is no glare - no direct sunlight bouncing from the target right into your camera. Note that in this incorrectly simplified 2D image the target is not facing the photographer, but in real life you would be positioned perpendicular to its surface. 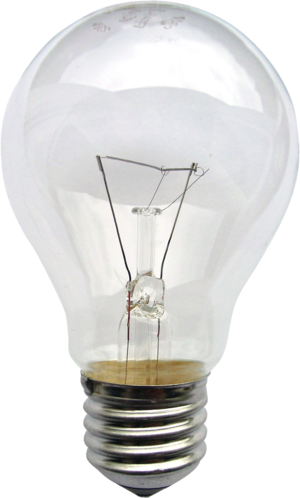 A clear, non-tinted incandescent tungsten light bulb. Use this type of light bulb for your StdA shot.

The light shining on the color target (the "illuminant") must meet certain requirements ("standard illuminants"), and you will be shooting in two types of light:

There are two scenarios when you will want to shoot a color target:

In the former case, you will want to take extra care to make sure your profile sticks to the requirements because many people will use it. In the latter case, you will probably only use that profile on that specific occasion, and it will be of no use to other people.

Shooting the color target for inclusion in RawTherapee

Shooting the color target in specific lighting situations for yourself

There are several ways of creating a DCP. The simplest is using the software that came bundled with the test target. The higher quality and open-source alternative is using DCamProf.

Simply install the X-Rite ColorChecker Passport software bundled with your chart (it works in Linux too using wine, just follow the same steps as outlined for installing Adobe DNG Converter in Linux) and open your shot in it. It expects the shot to be in the DNG format, so you should first convert it to DNG. Using it is straightforward, it's intuitive.

The program has extensive, clear documentation. Use that as your primary source of information. This RawPedia article serves merely as a reference, to exemplify the process of using it to create a dual-illuminant DCP profile.

You will need ArgyllCMS to be installed, as you need to use some of its tools. In the example code below, the ArgyllCMS tools are prefixed with argyll-. This is needed by some distributions, such as Gentoo and Sabayon where the "scanin" executable is called argyll-scanin, but not by others, such as Ubuntu where it is called just scanin. Adjust accordingly.

It is very important that during the make-dcp step you specify tungsten.json first and daylight.json second!

Your dual-illuminant DCP profile is ready for use.

To have RawTherapee automatically use your new DCP, place the DCP file in the dcpprofiles folder. This folder will typically be inside the RawTherapee installation folder in Windows, or in /usr/share/rawtherapee/dcpprofiles/ in Linux and macOS. Alternatively, create a new default PP3 for raw files which uses your new DCP - see Creating processing profiles for general use.

Per default DCamProf will smooth the LUT to prioritize smoothness over accuracy. This makes the profile more robust for general-purpose use. If you wish you can control all smoothing parameters manually but it's generally not needed. See DCamProf's documentation for further information.